Do personality tests prove themselves to be beneficial in the workplace? Some will argue yes, like this article from SmallBusinessChron.com How Have Myers-Briggs Personality Tests Helped in the Workplace? Others like Dean Burnett, a contributor to theGuardian.com in his article “Nothing personal: The questionable Myers-Briggs test”, will argue no.

Now Burnett’s arguing about the merits of the Myers-Briggs Type Indicator (MBTI) used by countless organizations and industries, but there is a basic theme or resistance throughout most personality type tests. According to Burnett,

“The trouble is, the more you look into the specifics of the MBTI, the more questionable the way it's widespread use appears to be. There are numerous comprehensive critiques about it online, but the most obvious flaw is that the MBTI seems to rely exclusively on binary choices.

For example, in the category of extrovert v introvert, you're either one or the other; there is no middle ground. People don't work this way, no normal person is either 100% extrovert or 100% introvert, just as people's political views aren't purely "communist" or "fascist". Many who use the MBTI claim otherwise, despite the fact that Jung himself disagreed with this and statistical analysis reveals even data produced by the test shows a normal distribution rather than bimodal, refuting the either/or claims of the MBTI. But still this overly-simplified interpretation of human personality endures, even in the Guardian Science section!”

Yes, just like in real life, different people see the world differently and value, encourage and endorse different things. So let's address some of the opposing perspectives about personality tests.

If personality tests are too long, difficult to fill out or challenging to understand, people argue that they bring little value to the work place because no one can even remember "what their personality is" or how to impact it either positively or negatively.

People are very complex, variable and challenging but none-the-less, if you really understand their personality profiles are blends of tendencies that adjust themselves to different contexts in their lives, you will also begin to see that they are predictable. Although we may have centered personality tendencies that people admire and are drawn to, we also have extreme tendencies that put people off and even frighten others sometimes. If you understand where a person has a tendency to go under stress, you will find that they predictably use certain extreme personality tendencies in these same contexts, repeatedly.

Many users of the MBTI, and other four quadrant personality type tests believe that a straightforward test can simplify people to the point where they can be managed, controlled and made as efficient and productive as possible. This might be true if people never got stressed, never miscommunicated, never got their noses out of joint, or never got angry, but as we all know that is not a possibility. I completely understand why businesses are, and certainly would be, keen to embrace a personality type test that could achieve that people work, communicate and interact from the best of their personality tendencies; in fact, any personality test would be the ideal tool if it could make people act decently, while using their best gifts and talents, working side by side with others.

Of course, this fantasy is not a reality. People are far more complicated, passionate, confused, sophisticated, insecure, untidy, mixed up and muddled for any basic yes/no, binary, four-quadrant, one-context test to easily interpret and define.

Dawn Billings, creator and author of Primary Colors Personality Test and Insight Tools. Dawn is the founder of the Executive Training Resort in Mesa, Arizona, and does Couples Therapy Retreats that can save a marriage. Dawn is also the founder of The Heart Link Women's Network.

Best Personality Test: The Reasons Why

THINK about your Personality Colors

Different Color Personalities teach us how to be Successful.

Personality Can be Fun and Messy 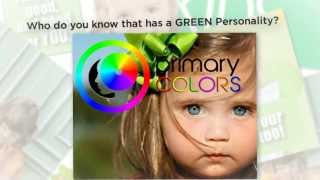 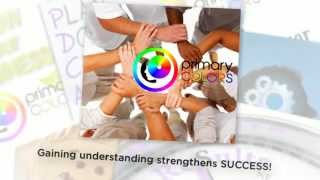 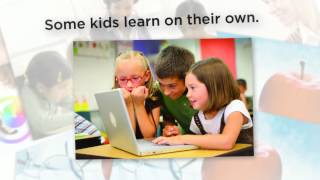 Best Personality Test: The Reasons Why

THINK about your Personality Colors

What is the Difference in Personality Between a Manager and a Leader?

Different Color Personalities teach us how to be Successful.

The Personality of Resignations

Personality Can be Fun and Messy